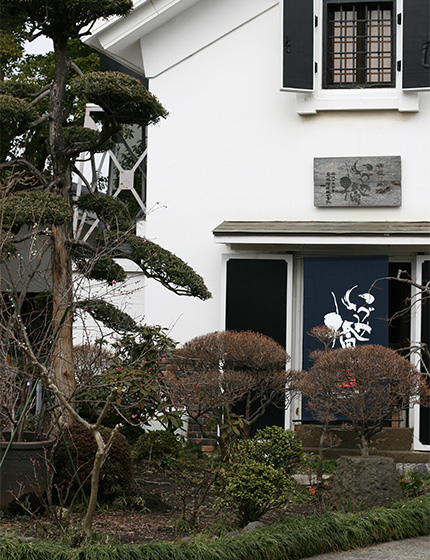 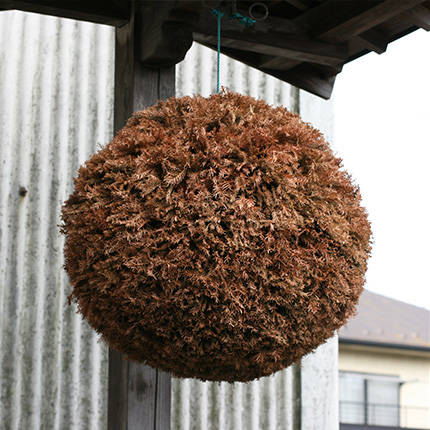 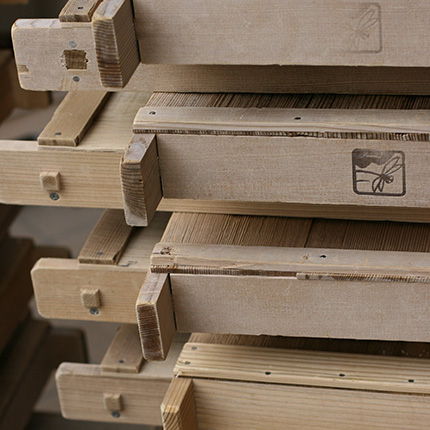 The Izumibashi sake brewery was kind enough to invite members of the Park Hyatt Tokyo team for a visit early March. The Izumibashi brewery was founded more than 150 years ago, in 1857 to be exact. The brewery is located in the Kanagawa prefecture, where they grow their own rice at the local fields in an area commonly known as the ‘Ebina Plains’. This region is regarded as one of the top sake producing areas.

Izumibashi is Japanese for ‘red dragonfly’. Here in this particular area in Kanagawa, the red dragonfly can be found hovering above the local rice fields, and serves a symbol for Izumibashi. Hence, it features dominantly on each bottle as it makes up for the logo of this Sake brewery. Respectful to their symbol, Izumibashi are committed to a pesticide-free production, to both enhance the quality and authenticity of the product as well as to protect the environment and its inhabitants.

Izumibashi harvest the rice they grow, polish this rice and brew sake – all at their own facility, something which is very rare among Japanese sake brewers. Most sake makers only brew the sake, but do not grow the actual rice. Izumibashi’s sake-making motto is to “carefully brew trustworthy and reliable sake from rice that is grown with the blessing of the sunlight and the earth.” In our tour of the facility, this care and love for their product clearly showed.

As we walked between the buildings on the brewery’s grounds, you could not help but notice the fact that the original design and style continues to be embraced from a time passed. The feeling I had when walking through the brewery brought me back to when I was doing whisky tours in Scotland in some of the smaller, less known local producers that still rely on ancient techniques and tools to craft a stunning product.

The Japanese eye for details shines through in the manner in which they operate. Albeit basic, old-fashion techniques, they truly rely on the skills of several craftsmen and local materials to produce smooth and delicate sake. Izumibashi feel a strong connection with nature, and this shows clearly in their all-natural, classical production process.

You cannot help but feel romantic about a brewery that still uses machinery that our grandfathers would have had in their workshops. Well-maintained and still up for the job, these pieces of equipment add further elements to the personality that is Izumibashi.

When Izumibashi was founded in 1857, it was their dream to hand over this brewery to future generations. If the founding father could see how the brewery is being run today, surely they would appreciate the level of authenticity in today’s production. Scattered around the brewery are old grinders, mills, a huge manual rice press, too much to capture in a few photos.

Natural materials, colors and scents all contribute to the feeling that you are truly witnessing an old craft come to life. Although the facilities are in flawless condition, the character of the place is undeniable.

A small team of dedicated artisanal craftsmen care for every step of the process. Here the precious rice is being manually weighed and packaged, to be stored in the warehouse before production.

According to Izumibashi, the rice fields at Ebinako-chi, Kanagawa have been cultivated since the 7th century, and the rice grown nowadays is some of the finest in its kind. Izumibashi only brew the traditional Junmai-shu, whichs includes Junmai daiginjo-shu and Junmai ginjo-shu. This type of Sake, Junmai-shu, is merely based on rice, koji and water.

After the rice is steamed and meticulously laid out on trays, koji mould is added and the rice is stored in heating rooms called kojimuro. Kojimuro have the look and feel of a luxury sauna, with its cedar walls and floors along with tightly controlled humidity. The Koji-making is the heart of the brewing process, as it is the essential ingredient of the Junmai-shu Sake.

As we were walking through the various stages of the Sake brewing process, we were allowed a small taste of the big barrels of fermenting sake which tasted like a sweet, thin yoghurt-like liquor.

One of my many personal highlights of the walkthrough; a carefully documented, penciled graph of how the sake was developing. In this current age of technology, computers and digital processors, this raw and honest form of recording a crucial part of the brewing process truly illustrated Izumibashi’s commitment to traditional methods and reliance on old-fashioned skill and know-how.

A few of the team at work; packing rice bags in the front, whilst two men are pressing a fresh batch of sake in the back.

The classical machinery at Izumibashi has been kept in pristine condition. From this device, we tasted some of the freshest sake you could imagine, straight from the pressing machine. It was crisp, clean and most definitely delicious.

Our final part of the tour took us to the Izumibashi Sake storage room, which boasts one of the most beautiful store doors I have ever seen. A huge wooden, mansion-like double door, opened up to showcase a bounty of Sake bottles waiting to be opened. Following this insightful and inspirational trip, Park Hyatt Tokyo will be serving Izumibashi at Kozue, our Japanese restaurant, to match some of Chef Ooe’s delicacies.